NABU told how many cases to investigate by e-declarations 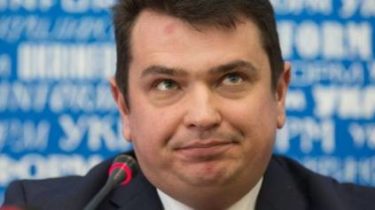 As of late August, the detectives NAB investigated 72 criminal proceedings on the results of the analysis of electronic declarations, however, reported suspicions only to two persons.

This was stated by the Director of NABU Artem Sytnik, reports DT.UA.

The “gas case”: the detectives NAB arrested the suspect, who was wanted for more than a year

He added that some cases reach the stage of announcement of the suspicion, in some cases, suspicion has already been announced, some of them are discussed with the Prosecutor.

In turn, the consideration of some cases is delayed in court.

“For example, Kulik (Konstantin Kulik — the military Prosecutor of the forces ATO, which NABU and SAP are suspected of illegal enrichment) in October 2016 was sent to the court. Nearly a year as she’s there. No progress: permanent transfers, disruption of meetings. Unfortunately, we are witnessing sabotage on the part of protection that leverages the power of the law to tighten. And these are people that have stated that 5 minutes would prove her innocence in court! And all against the backdrop of the reluctance of the court to consider the case,” he said.

We will remind, earlier Director of the NABU Artem Sytnik said that in the courts of Ukraine there is a complete sabotage cases, transferred to the National anti-corruption Bureau and the Specialized anticorruption Prosecutor’s office.