“I don’t have to give up and accept this lawlessness.” Saakashvili spoke to the media in Poland 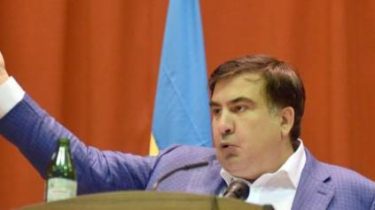 The politician Mikheil Saakashvili said his goal is to return to Ukraine and it will not take the citizenship of other countries.

He said this while interacting with the media in Rzeszow.

“My goal is to return to Ukraine. I feel an ethnic Ukrainian… I don’t think I should give up and accept this outrage,” he said.

He called himself a true defender of Ukraine.

Saakashvili said he did not understand why “Poroshenko is afraid of him, as the enemy.”

The situation on the border, he called the circus.

He stressed that he will not agree to the suggestions of other countries on citizenship.

According to Saakashvili, he has no plan B in case it is not allowed in Ukraine.

Recall that in anticipation of the arrival in Ukraine, ex-Chairman of the Odessa regional state administration and the former President of Georgia Mikheil Saakashvili, who was deprived of citizenship of Ukraine, at the checkpoint across the border “Krakovets” brought together hundreds of activists. The politician announced that will cross the Polish-Ukrainian border on Sunday.