Gerashchenko has published a list of MPs who have illegally crossed the border. 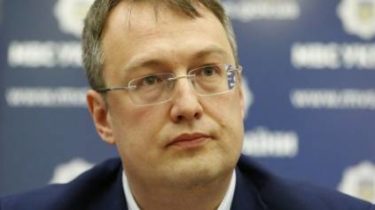 MP from “popular front” and the adviser to the interior Minister Anton Gerashchenko has published the list of MPs who are not legally crossed the border of Ukraine with the former head of the Odessa regional state administration Mihailom Saakashvili.

The policy of the MP called a “provocateur”. According to him, as the state border illegally crossed the leader of “Batkivshchyna” Yulia Tymoshenko and her political force colleague Serhiy Vlasenko, independent MPs Yuriy Derevyanko and Dmytro Dobrodomov, as well as the people’s Deputy from “Samopomich” Pavel Kostenko.

“Parliamentary immunity does not extend to purely criminal offence of smuggling of persons across the state border of Ukraine”, – said Gerashchenko.

List of people’s deputies – “aunts”, who illegally crossed the border of Ukraine together with the provocateur Saakashvili:…

Published by the Anton Gerashchenko 11 Sep 2017

According to him, also illegally crossed the border, the former head of the SBU Valentin Nalyvaychenko.

“Other persons who have illegally crossed the border of Ukraine shall be established by the investigation and will be prosecuted according to the Law”, – concluded the Deputy.

Deprived of citizenship , Saakashvili in late July, when he was outside Ukraine. He is a politician promised to return September 10. He entered the territory of Ukraine through KP “shehyni” that in Lviv region, although I was going to make it through KP “” that in the Lviv region. To the border he got on the bus.

The state border service of Ukraine announced a breakthrough in the checkpoint “shehyni”, in which Mikheil Saakashvili came to Ukraine, massive illegal violations of the state border.