To stop the blue branch of the Kiev metro could harness 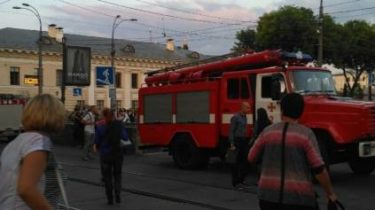 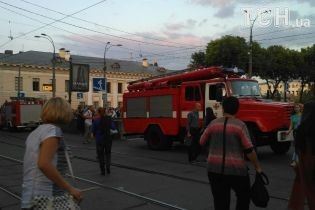 Emergency situation in the Metropolitan subway impact on the transport situation in Kiev on Monday evening. Blue line metro runs only partially, according to a story TSN.19:30.

Near the station “Kontraktova square” and nearby there are ambulances and state emergency service. Metro passengers tell us that about 14 minutes spent locked in the trains that stopped between stations. People did not explain anything, he just said to stay calm. When they were brought and planted at the stations, there was already fire downstairs. “You leave the station – do not disturb”, – they asked those people of Kiev, who stopped to remove the events in the video.

Press Secretary of the Kyiv subway Natalia Makogon claims that the situation is under control and the threat does not carry. “A strong smoke. Rescuers find out all the details. All the passengers at the stations evacuated, no casualties there,” she says. Because of the smoke closed three metro stations, at the hem hampered and ground movement – four streets blocked. Very increased passenger traffic in the funicular, the movement of trams stopped.

As reported, in Kiev, between metro stations “Petrovka” and “Taras Shevchenko” has any smoke. Trains between these stations is stopped for an indefinite period. Trains now ply from the metro station “Obolon” to “Heroes of Dnepr” and “Kontraktova square” to “Towers”.