In Kiev, were hospitalized for 6 persons from-for poisonings with mushrooms 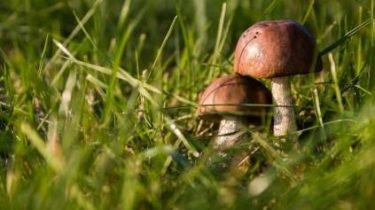 For the last day in Kiev was hospitalized six people who were poisoned by mushrooms.

This was announced by the Director of the Department of health KSCA Dmytro Turchak.

“Every year, physicians have noted that mushroom poisoning can be deadly. And despite this, not all fans of “quiet hunt” observe the basic rules of collection and use of this product,” he said.

In case of the use of certain types of mushrooms (red mushrooms, volcanic), which affects the nervous system, may appear hallucinations, disorder or loss of consciousness, respiratory failure and cardiac activity.

If you were poisoned by mushrooms, you should not hesitate to call an ambulance.

At the same time, the office I advise you to immediately wash the stomach. For this you need to drink 5-6 glasses of boiled water, press fingers to the root of the tongue to induce vomiting, use activated carbon (4-5 tablets). In addition to victims of poisoning is recommended to do a cleansing enema and to drink plenty of fluids.

We will remind, in Volhynia cat the cost of his own life to save a grandmother and granddaughter from a terrible mushroom poisoning. Grandmother and granddaughter had Breakfast, and the kids and even your pet kitty was treated to a mushroom dish. Approximately two hours later, the girl noticed how the kitten became ill mouth was foaming, convulsions began. A few minutes later the cat died. The minute grandma realized what a disaster happened: white mushrooms on a thin stalk – not the mushrooms.