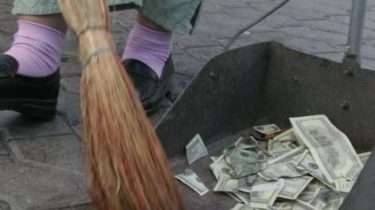 Capital Hoo started to return money for the poor removed the unlit porch or yard. To do this, the customer service enough to write a so-called “complaint”, but Kiev is still mostly not aware of their rights, says the story TSN.16:45.

Irina Dyachkova is preparing for the autumn rains, which become a problem for her housing during the past, with its ceiling on the ninth floor was poured a lot of water, the plaster fell off, paint peeled off. “These openings have arisen due to rain, it is on the wall. I bucket every 10 minutes, I had sore hands. I called the housing office, they did an inspection and did not do anything else,” – said from Kiev.

Videokompaniya compensation: how to return money for poor implementation by the housing Department services

The head of the housing Department assures that the repair will not help, and the capital city will give money closer to winter. “It’s two disastrous home in which to date on the current repair we can do. Unfortunately. The money is just not there. I think a month and a half,” says Anna Naydenova.

Be careful with promises suggest the Hoo in the inspection of self-governing control at city hall. Only in August the employees returned to Kiev 4 million 520 thousand UAH rent by the inaction of housing and communal services. On every invoice turned out an average of 9 hryvnia. Major violations minor – the flowers are not watered, in the Elevator is not swept, but there are serious sanctions. 12 managers and chief engineers Zhekov fired for doing a poor job. For example, Obolon boss lost the job because the janitors were forced to buy a broom at his own expense.