“It was inadequate”: the foreign Ministry hopes that Hungary will change rhetoric in the law on education in Ukraine 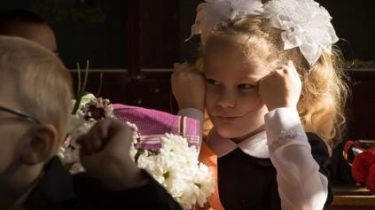 The Ministry of foreign Affairs of Ukraine hopes that Hungary would change the rhetoric about the end of support initiatives in international organizations through the law on education in the languages of national minorities.

This was stated by first Deputy Minister of foreign Affairs Vadym Prystayko at a press conference after a meeting with EU ambassadors in Ukraine, writes UNIAN.

“The Minister of foreign Affairs of Hungary (péter Szijjártó – Ed.) said we were stuck in the back of a knife. Today was not like this argument, this rhetoric. I think, today held a professional conversation. We expect that the Minister will change his rhetoric once they were given clarification,” said Pristayko.

In addition, he cited inadequate statement of Hungary’s intention to cease support for initiatives in international organizations.

“I believe that it is inadequate was because we passed a law. This reaction was inadequate. That’s why we wanted to collect (ambassadors and diplomats), to explain, to discuss the law, how we teach, and that we should not stop supporting all the initiatives”, – said the first Deputy Minister.