Omeljan said about the flight of Balcona from Ukraine 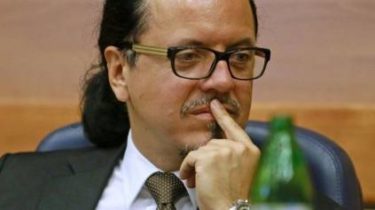 Minister of infrastructure Volodymyr Omelian announced that the former head of “Ukrzaliznytsya” Wojciech Balczun left the territory of Ukraine.

According to officials, it is unlikely he will hear the report of Balcona by results of work of the head of the Ukrainian Railways.

“Will the report of Balcona about the results? The probability of this government is zero. Actually he escaped from the country,” the Minister said in an interview Лига.net.

Omeljan accused Balcona that he agreed with the politicians instead of to reform.

“It was caught in one party, then another, then one political boss, then the other. This is the wrong approach,” – said the head of the Ministry of Infrastructure.

Also Omeljan added that Balczun during the tenure of the head “Ukrzaliznytsi” recruited people who robbed the company.

“As a result, these people were focused on the development of the company, and its robbery. We have the result: arrests, proven facts within the criminal investigation on the theft to US”, – he concluded.

We will remind, on 9 August the head of the state “Railways” Wojciech Balcon wrote a letter of resignation. He had a conflict with their direct supervisor – Minister of infrastructure Volodymyr Omelyan. Balcon constantly talking about improving the company, and Omeljan all questioned and talked about loss. Come down to the fact that “Ukrzaliznytsya” had been placed under the direct subordination of the Ministry of Infrastructure.