Poroshenko: the U.S. Senate approved the allocation of $ 500 million and lethal weapons for Ukraine 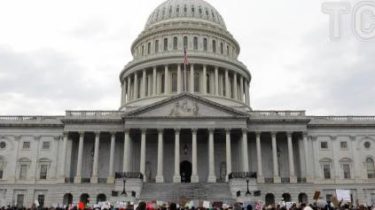 The U.S. Senate adopted a draft Law “about the budget of U.S. national security needs 2018” that stipulates $ 500 million to support Ukraine in security and defense spheres.

If the United States will provide Ukraine with lethal weapons, the allies would follow such a supply – expert

According to the report, the draft law authorizes the granting to our country of lethal weapons of a defensive character.

“For the first time at the legislative level it is proposed to provide Ukraine the following defensive tools: radar air defense and surveillance of the surface situation, the naval anti-mine vehicles, ships, coastal and shoreline protection”, – stated in the message.