The details of Poroshenko’s visit to USA and the next step to a lethal arms for Ukraine. Five things you might oversleep 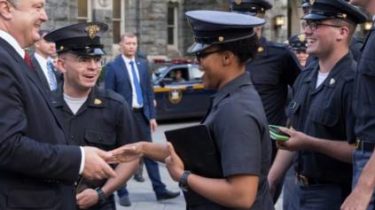 1. The U.S. Senate adopted a draft Law “about the budget of U.S. national security needs 2018” that stipulates $ 500 million to support Ukraine in security and defense spheres. This is stated in the message of the official Twitter account of Ukrainian President Petro Poroshenko. According to the report, the draft law authorizes the granting to our country of lethal weapons of a defensive character. Read more→

2. During a working visit to the USA President Petro Poroshenko has held a meeting with representatives of international investment institutions, during which he congratulated the foreign investors with the completion of the placement of Ukrainian sovereign bonds for $ 3 billion, and thanked for the trust in our country. “Ukraine today for the first time in the last three years, for the first time since the beginning of Russian aggression against our country, have entered the markets of sovereign debt,” – said Poroshenko. Read more→

3. The President of Ukraine Petro Poroshenko made a proposal to the United States military Academy at West point to conclude a partnership with one of the military institutions in Ukraine. He stated, speaking to students of the legendary American Academy in new York. He stressed that both sides could benefit from sharing experiences, including a confrontation in terms of new forms of “hybrid war”. Read more→

4. Russia can not part with his inheritance of tyranny, therefore, wants to strongly suppress the will of the Ukrainian people hybrid terror and aggression. This was stated by President of Ukraine Petro Poroshenko. According to the President, Russia is stuck in the 18th century. Read more→

5. Poroshenko told how to avoid the appearance of “new Korea”. “Now we have to prove that the system of non-proliferation of mass weapons would have to work. Otherwise, every year there will be the new North Korea”, – said Poroshenko. Read more→