Ukrainians will pay a minimum of 1.1 billion hryvnia in the framework of the monetization of subsidies 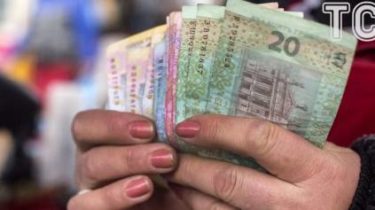 In bodies of social protection addressed 1.7 million Ukrainian families who want to get compensation for savings subsidies in the past heating season. In General, this right are 2 million citizens.

Such data was announced by Director of the Department of state of social assistance Ministry of social policy Vitaly muzichenko.

“As of 1 September 2017 in the bodies of social protection of the population turned a little more than 1.7 million citizens, which is 85% of the total number of people who are eligible for the monetization of subsidies. They accrued compensation of 1.1 billion hryvnia. The maximum amount of compensation for the gas – almost 700 UAH, for the light – almost 135 USD. Now there is a procedure the budget commitments for 1.7 million citizens, the next step is the payment of money,” – said muzichenko.

We will remind, the deadline for the submission of applications for monetization of subsidies was extended to 1 November. To compensation are only those who utaplivaet housing with gas or using electricity.

In the Ministry expect that in the next year the system of monetization of subsidies will be extended in the future it will have a systemic character.