Bad sign: in the West, commented on the dismissal of independent members of the Board of “Naftogaz” 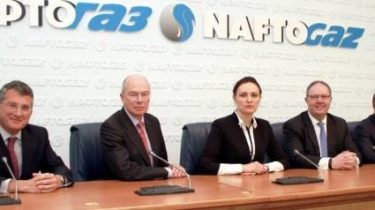 “Naftogaz of Ukraine” may lose international loans and investments, because there was actually no Supervisory Board – two independent members Paul Warwick and Marcus Richards resigned. Even before it made Charles Proctor, because foreigners did not wait for the promised reforms in the energy sector, says the story TSN.19:30.

Colleagues supported the head of “Naftogaz” Andrey Kobelev. He complained that now in jeopardy loans, modernization of the transmission system and increase of fuel production. “The main risks are in the first place, the failure of the company, and possibly the government, to raise funds in international banks,” he said.

Video”Naftogaz of Ukraine” may lose international loans and investments

But the Prime Minister Volodymyr Groysman at a government meeting objected Caballo, because, they say, reform and increase gas production and is still the priority. “It is very important to continue the reform of the NAC, including to carry out the separation of transportation and production-sale of gas. I guarantee that reforms will be continued and accelerated in order to “Naftogaz” was modern and high – quality company,” – said the head of the Cabinet.

Meanwhile in the West, the enthusiasm of the Ukrainian officials do not share. “A bad sign. Other (independent) members of the Board of “Naftogaz” resigned, claiming that the government is blocking reforms,” commented a former senior Pentagon official in the Obama administration Michael carpenter. Embassy of great Britain, issued for this reason a separate review, which expressed concern, noting the positive role played napadova the Council in the reform of the company, and urged the government to remain faithful to the path of reform. “It is important to maintain the independence of the members of the Supervisory Board and the transparency of their purpose”, — noted in the statement of diplomats of the United Kingdom.