Regular talks on exchange of prisoners: relatives of prisoners all night quietly picketed under the Rada 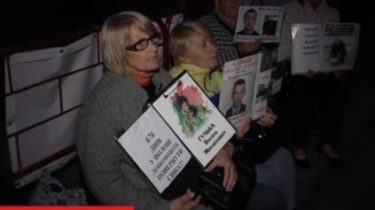 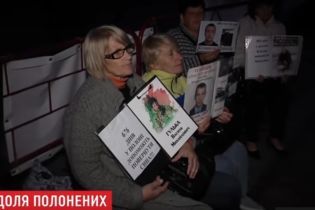 Questions of release of prisoners in the Donbass – one of the main themes of the next meeting in Minsk. The trilateral contact group will meet today, September 20, day.

Exchange according to the formula – 87 captured by militants Ukrainians on 309 by the Ukrainian courts convicted criminals suggested that the Ukrainian side. This proposal was made after failed to agree on the exchange of “all for all”.

In Minsk soon agreed, and relatives of Ukrainian prisoners staged a round-the-clock picket near the Verkhovna Rada. Decided to spend the night in the rain just on the pavement. Their action – not loud: a few chairs, pictures and stories that are not allowed to sleep.

In captivity in the Donbas are now 144 people. During the year to return home failed not one.