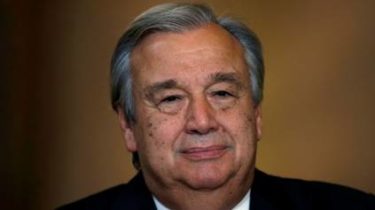 The talks are held in the headquarters of UN in new York, writes UKRINFORM.

The Kremlin has criticized the resolution on UN peacekeepers in the Donbas, where Russia will be called aggressor

It is expected that the head of state and UN Secretary-General will discuss issues of bilateral cooperation, reforming international institutions and other important aspects.

A separate item on the meeting should be to discuss the prospects of introduction of the UN peacekeeping mission in Eastern Ukraine.