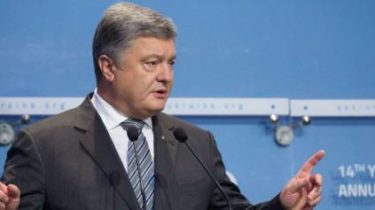 President Petro Poroshenko met with the Ukrainian community of Canada noted that during today’s talks we discussed the issue of liberalization of the visa regime.

“Because the sincerity of friendship between Ukraine and Canada, supported by deep historical roots and kinship ties. We did the canadian side of the specific sequence of actions for the positive promotion on the way. I am convinced that this will contribute not only to maintaining family contact and the expansion of Ukrainian-canadian economic and cultural cooperation”, – said Poroshenko.

In Canada, there will be a new Consulate General of Ukraine – Trudeau

Videocanada denied the information on cancellation of visas for Ukrainians

He added: “We have agreed to significantly reduce the number of failures in obtaining visas. To visa was on the passport validity.

So far, in the first phase.” the President reminded that in 2005 Ukraine has decided to open its doors, offering Betws for canadian citizens.

We will remind that earlier in Canada explained, why not take a visa-free regime for Ukrainian citizens.

So, the government of Canada stressed that while Ukraine does not meet the criteria for the abolition of visas.