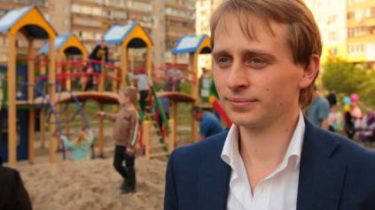 The Solomensky district court of Kiev arrested the three companies of the Deputy of the Kyiv city Council Sergey Krymchak and Mercedes-Benz, which belongs to his wife.

This is stated in the court records, write Ukrainian news.

It is noted that the court arrested the shares of “Closed non-diversified venture corporate investment Fund “Tandem” worth 3 million, 99% of the company “Novopecherskie Posad” at the cost of 2.3 million and 100% stake in the company “Legal centre “human rights” worth 2 thousand hryvnia.

In addition, the court has seized a Mercedes-Benz ML 350 2012 release, which belongs to his wife Darya Masol.

In turn, the court refused to arrest the shares of “Gaudi development”, “Calbet house, Vicens house”, “Artigas” and “Forth Park”, which do not belong to the Krymchaks. According to investigators, the Deputy formally manages them through their hired assistants. It was also denied the arrest of real estate and car that belong to the parents and brother of the Krymchaks.

Earlier, media reported that investigators of the National anticorruption Bureau of Ukraine detained the Deputy of the Kiev city Council, a former ally of ex-mayor Leonid Chernovetsky-Sergei Krymchaks, who is suspected of involvement in land machinations.

Subsequently, the NEB confirmed the arrest of the Deputy of the city Council. The investigation against the local MP started in September 2016. On September 19, the Kyiv city Council Deputy Sergei Krymchaks out of Lukyanovka jailby paying bail. By the way, the Solomensky district court of Kiev appointed the Krymchaks with 1.4 million bail.