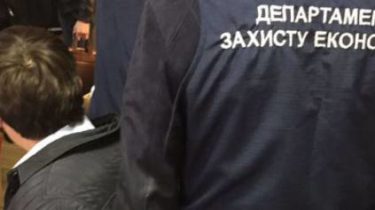 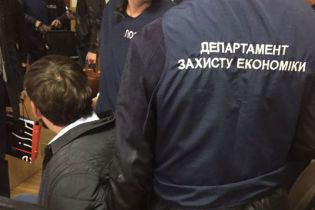 In Kharkov, the official control of the Executive service of the main territorial administration of justice in the area burned on bribery.

About it reports Department of protection of economy of the National police.

For the money, the bribes promised to assist in resolving the issue regarding compensation in the court of the debt in favor of the citizen through the implementation of the apartment of the debtor.

It was recorded by the officials receiving part of a bribe – $ 1 thousand. Today, October 2, investigators have detained the official during receiving 78 thousand hryvnias of a bribe.

On this fact the Prosecutor’s office of area opened criminal proceedings under part 3 St. 368 (acceptance of an offer, promise or obtaining illegal benefit by the official) UK of Ukraine.

Now conducted searches in his office and at the place of residence of the official.

The courts are 4.2 thousand cases on the bribe-takers.

We will remind, in Kyiv region Nobu and SBU caught bribing a judge. September 27, investigators of the National anticorruption Bureau of Ukraine together with employees of security Service of Ukraine detained the head of baryshevsky district court of Kyiv region on suspicion of committing a crime qualified under part 3 St. 368 Criminal code of Ukraine.

The judge detained in order St. 208 Criminal procedure code of Ukraine immediately after receiving a bribe in the amount of $ 2 500. As has established a consequence, the judge demanded that amount from the judgment in favor of the plaintiff in a civil case for recovery of funds.