In Kiev, the students were poisoned EN masse at the tasting mayonnaise 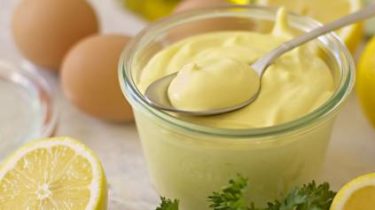 In Kiev, seven students were poisoned while tasting mayonnaise near one of the metro stations.

“Yesterday around 12:00 information was received that near the metro station “Shulyavska” unknown handing out free mayonnaise, which is doubtful. After 13:30 medical workers reported that the infectious Department of the hospital received seven children with a preliminary diagnosis of intestinal infection”, – stated in the message.

As told by 16-year-old students of the Kiev College, about 9:00 when they went to the school, near the subway station “Shulyavska” was held promotion, and they received packs of mayonnaise with the taste of cheese.

Now the condition of children is satisfactory, they are all at home.

Militiamen establish all circumstances of incident and the persons who carried out the promotion. In addition, an examination distributed the mayonnaise, which the police brought to Kiev. Besides the criminal proceedings on the fact of violation of sanitary rules and norms concerning the prevention of infectious diseases and mass poisonings.

Earlier, 20 students of Odessa naval Lyceum was in the hospital with poisoning. Children aged 14 to 17 years was taken directly from the educational institution with the same symptoms – fever, nausea and complaints of stomach pain. The source of infection has not yet been established.