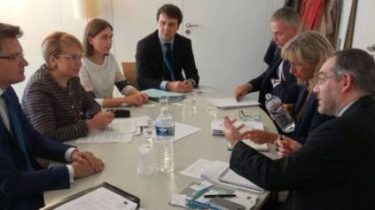 The Council of Europe experts welcomed the law on education in Ukraine, which criticized the governments of some neighboring countries.

About this Twitter wrote to the permanent representative of Ukraine to the Council of Europe Dmitry Kuleba.

“The Council of Europe experts praised the reform of education. Regarding article 7 waiting for the opinion of the Venetians. Partners need to reduce the degree of rhetoric,” he said.

Also Kuleba said that on 6 October the Minister of education of Ukraine Liliya Hrynevych met with the CE Secretary General Thorbjørn Jagland, to explain to him the essence of the reform.