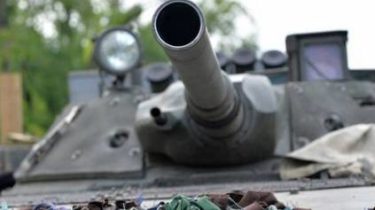 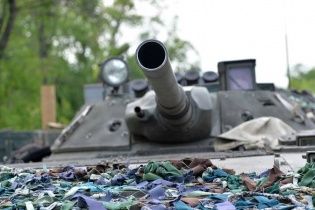 The occupants did not cease to bombard the surroundings of the Water on the South of the Donetsk region. On the sea of Azov not only shoot at night and not only sanctioned by the agreements of the caliber, according to a story TSN.19:30.

From one of the shells left a crater the size of 2 by 3 meters. The soldiers did not understand what arrived on their position. “Try to destroy it to the end – not only physically, but also put pressure on the psyche”, – said the fighter with a call sign “Psychologist”. His brother “Sam” worried about the fact that the black soil overgrown with weeds, because the ground on the front no handles. “Not sown anything – splinters and mines. Sorry. What they lacked, people? Live, work, cultivate the land – is still there,” says a former agronomist.

Those who are called “Russian world”, from this village or left or went to the opposite side. The militants were equipped with a position at the height of the reference point is cast into the concrete, then the enemy shoots anytime, for anything. “For this Sunday took the initiative in their hands, but they are attacks at any time: we go – maybe something to fly. I had 300 minutes a week ago – in broad daylight, they released a Vogi. Today was wounded – arrival of LNG,” he told wysokosciowe APU with the call sign “Forester”.

The military equipped with a very long trench, but signs of the war, the soldiers left a symbol of the world tree. “To save life”, – said the soldier “Pastor.” Planted an oak tree care like a small child. The military knows that going forward, sviljanac territory, and the tree will remain after them as a reminder of the young poklonny on terrible times “Tosno” war.

As previously reported, in Marinka in the Donbass intensified, the militants snipers. A few weeks ago, shot a grandfather and got to Ukrainian soldiers. Therefore, even in broad daylight, in full growth, no one goes between the posts – only dashes.