In the East, militants have shot a Ukrainian military 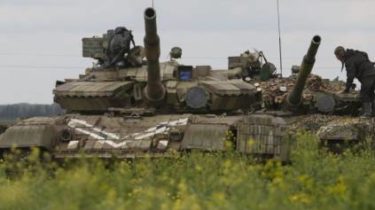 One Ukrainian soldier was wounded on the front lines.

About it reports TSN. Wounds with reference to the headquarters of the ATO.

The military said, as will celebrate the best defender of the Fatherland Day

Just a day counted two dozen attacks. Fighters concentrated fire on Donetsk the direction. Night shots were fired at Avdiivka industrial Park. Fired six shells at the positions of the defenders Verhnetoretskogo from the armament of infantry fighting vehicles fired at Lugansk.

#Topad #Foresnic #Donbas #spokesperson #statement the CONSTRUCTION of the PRESS CENTER of STAFF ATO IN 12.10.2017. Last day in g…

Posted by the Press center of staff ATO on Thursday, October 12, 2017

Earlier it was reported that security Service specialists of Ukraine detained equipment operator Department of information security of Central storage facilities of the national guard, recruited by the Russian military.