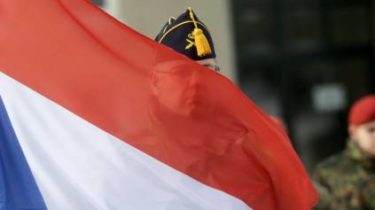 The new ruling coalition in the Netherlands want to give up the Dutch act of 2015, which allows you to hold referendums on novoprint laws.

From July 2015 in the Netherlands, the act on the consultative referendum. It gives the citizens to put to a referendum was taken in Parliament the bills. For this you need to collect 300 000 signatures within a certain time.

Citizens vote for or against the law, and the government decides what to do with the document. Under this law, there was a referendum on the ratification of the Association Agreement between the EU and Ukraine.

He brought a lot of problems, as the then Dutch government led by mark Rutte, and EU.

Despite the Advisory status, the previous government did not want to go against the will of the voters who voted against ratification.

As a result, in December 2016 was taken further decision of the 6 paragraphs on the Association Agreement. They do not change the agreement, but only to confirm the rules that are already in the text.

Last year the Dutch voted against the agreement on Association of Ukraine with the EU. Then the NYT reported that one of the opponents of ratification of this agreement was left of the Dutch MP Harry van Bommel, who for campaigning at various events and in the media used a group of Russian pseudo-Ukrainians.

In February, the second chamber of the Dutch Parliament supported the government bill on ratificth of the Association Agreement between Ukraine and the European Union. For the ratification of the Agreement voted 89 of the 150 deputies, 55 were against.