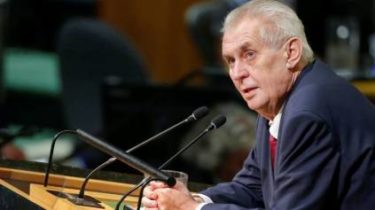 Czech President miloš Zeman refused to apologize for his words about the “sale” of Ukraine’s Crimea.

He stated this in an interview with Czech TV Barrandov, reports Radio Liberty.

Zeman noted that the proposal on payment of compensation to Ukraine for the annexation of the Crimea was his personal opinion.

“The Czech Republic is not Zeman”: the Czechs have launched a flash mob in support of Ukraine