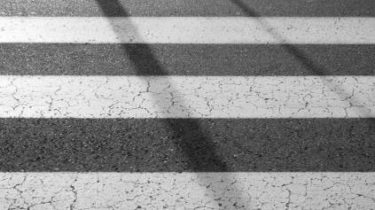 In Kiev the driver of the Renault fatally shot 65-year-old woman on a pedestrian crossing.

The incident was reported by the division of communications of the Metropolitan police.

To lose consciousness behind the wheel: the famous racer modeled the behavior of a car whose driver lost

After the collision at the scene called the police. Law enforcement officers found that the driver’s blood alcohol concentration greatly exceeds the permissible value of 2.3 ppm in the blood (at a rate of 0.2 ppm).

The collision occurred at the intersection of Kalnyshevsky and Polar. A drunk driver drove on forbidding signal of the traffic light. The woman from the received traumas the head and body and died in hospital.

“42-year-old driver was detained as article 208 Criminal procedure code of Ukraine. Initiated criminal proceedings under part 2 of article 286 (Violation of traffic safety or transport operation by persons who direct vehicles) the Criminal code of Ukraine. Currently investigators establish all the circumstances of the accident, as well as law enforcement officers search for witnesses of accident”, – is spoken in the message.

We will remind, in village Vinogradovka of the Odessa region shocked by the accident that occurred the day before. There the driver lost control at high speed drove into pensioners, who rested on the bench.

Videoplay man on the “Lada” knocked down three odnoselchanok elderly