In Ukraine, want to legalize the cryptocurrency and MPs already earn bitcoins for millions of dollars 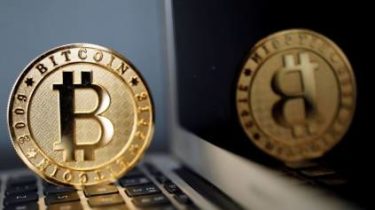 The Ukrainian language can be extended with the words still understandable only to programmers – bitcoinminer and cryptocurrency. In Parliament are seriously considering the legalization of digital money.

In the world of bitcoin already to buy an apartment, go to the movies and have Breakfast in a cafe. The topic of cryptocurrency is increasingly on the lips of Ukrainians. Earn them through mining. Mining – mining. How to mine virtual money online, explained programmer Denis Knyazev. A digital currency can be the solution in a Network of complicated mathematical problems. While sitting at the computer is not necessary. You only need special equipment. Call it “the Farm.”

“The miners mined gold in the mines, so the miners mined cryptocurrency. One steeper the computer, he gets more. Plus or minus about a thousand dollars a month is impossible”, – says programmer Denis Knyazev.

Most Network hunt with bitcoin. The most popular virtual currency, which has a very real price. One bitcoin now costs about 5,5 thousand dollars. The owners of these coins through the Bank will convert them into real money. By the way, Ukraine is among the top 10 in the number of miners of cryptocurrency. And despite its informal status, domestic programmers bitcoins are actively traded on special exchanges on the Internet.

Opinions of experts regarding the treatment of virtual money was divided.

“This is a cash substitute that can replace money in the future. But it is unlikely we will go this way, because even the national Bank determines that there is no reason to guarantee that this currency is worth something,” – said the head of the Main territorial administration of justice in Kyiv Stanislav Kutsenko.

“To abandon the cryptocurrency we can’t. Those who are engaged in the mining, bring the country to its operations in the millions. But it’s still not resolved. Need controller” – says a leading researcher Institute of Economics and forecasting of NAS of Ukraine Olena Borzenko.

Meanwhile, Finance Minister Alexander danyluk noted that although in Ukraine the status of cryptohalite not defined by the legislation, but the cryptocurrency is not prohibited.

“The question of financial technology has become one of the key meetings during the annual meetings of the International monetary Fund and the world Bank in Washington. It’s not a problem that must be fought, but it is a challenge for traditional markets and regulators. Cryptocurrency and what to do with it, how to regulate or not to regulate – that was even devoted to a single big event organized by the IMF. In Ukraine, we also now, together with the NBU and other regulators of the financial market with the involvement of experts working to better investigate the nature of cryptocurrency and form a position on the respective regulation in Ukraine. There are many open questions and in Ukraine the status of a cryptocurrency is not defined by law, but that doesn’t mean that cryptocurrency is prohibited. Ukraine needs to follow global trends and not lose the chance to use new technologies and innovations in the financial sector”, – wrote in Facebook’s Finance Minister Alexander danyluk.

Earlier in the National Bank of Ukraine stated that bitcoin (cryptocurrency) does not fall under the definition of currency, but mining (manufacture cryptocurrency) is not a violation of the law. This writes UNIAN. At the same time, the NBU has warned about the risks of using the cryptocurrency, as its status is not defined by law, and regulators are not responsible for potential risks and losses associated with the use of virtual currencies in payment transactions.

To control the new currency should be a national Bank – the authors of the bill regarding the legalization of cryptocurrency. MPs propose to legalize bitcoin, Ethereum, and more about eight hundred items of virtual money. For the manipulation of the cryptocurrency on the exchange propose to raise the tax to the state Treasury.

By the way, among the legislators themselves also are the owners of cifrovih money. According to the returns for the past year, bitcoin has the most MP Oleksandr Urbansky – 5328, and it is almost $ 30 million. Second in the ranking was the people’s Deputy Dmitry Golubov. On account of his – 4376 bitcoins, that is a little more than $ 24 million. Dmitry Belotserkovets declared 398 digital coins purchased four years ago. Since then their cost has risen to 2 million 192 thousand dollars.

While deputies are in doubt whether to give the green light to the digital currency, and economists check, whether bitcoin next bubble, in schools of Switzerland, students conduct special courses for the study of cryptocurrencies. And in Japan generally, not only recognized the progressive bitcoin currency and use it in everyday life – in shops, cafes, cinema.

Recall that the virtual currency bitcoin is one of the most popular alternatives to traditional currencies, which is often called cryptocurrency or virtual currency. Bitcoin can be used for payment of goods or services from sellers willing to accept them. The currency does not have a single emission center, and its release can be produced at random by any client system by using computers electronic equipment for maintenance of the system.

Today in the world there are more than 1.1 thousands of cryptocurrencies, the total capitalization of the market of 133 billion dollars.