Aunts and egg shampoo: Barna and Goncharenko commented on the experience under the Rada neglect 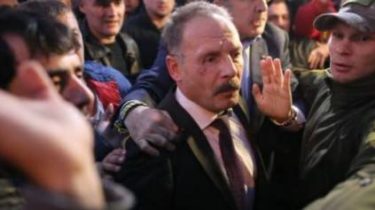 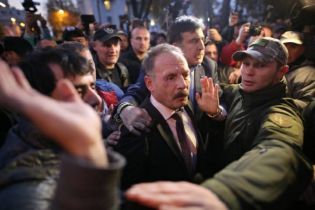 Ukrainian MPs complain of physical and psychological injuries that they have caused the protesters. Speaker Andrew paruby warned that not all MPs come to vote for the need of protesting the bills, and therefore those at risk of falling, says the story TSN.19:30.

The people’s Deputy from BPP Oleg Barna was seriously concerned about the beating, which had been the day before. “Did not the Ukrainians and patriots. Did paid titushky that for destabilization in the country,” he said from the parliamentary rostrum. Another MP, who went Tuesday, took this event so seriously and tried to joke. “I am grateful, a lot of people buy egg shampoo to the hair had a beautiful color, and they gave me free all did”, – says Alexey Goncharenko. Which assure that among the protesters there are different people. “There is absolutely adequate that you can speak. But there are people that look like professional protesters”, – said the representative of the BPP.

Videodatarate BP complain of psychological and physical trauma from the protesters

To protect people’s deputies was the speaker Andriy Parubiy. “I’m just asking the organizers of the event! The Verkhovna Rada is not just a wall, it is primarily people’s deputies. Under such conditions Thursday it will be difficult to collect a sufficient number of deputies and madrepora, and integrity”, he warned. In response, the MP Serhiy Leshchenko said that the government does not understand people and requirements to fulfill their own promises.

The representative of “Batkivshchyna” Sergey Sobolev explains that immunity may not occur quickly, because it needs not only a positive vote in the session hall. After this the document will be sent for examination to the constitutional court, and if they approve of the changes, they will have to vote Happy on the other session and the constitutional majority of votes. “The key is the vote at the next session. The next session starts on February 3. This change to the Constitution, otherwise it is impossible. Then a third vote – 300 votes,” he says.