Savchenko on courage: there was a video of unrestrained dances of the people’s Deputy in the party Serduchka 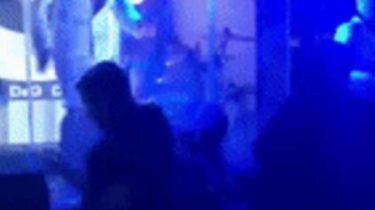 Deputy of the Verkhovna Rada of Ukraine Nadezhda Savchenko danced to the song of Verka Serduchka “Dolce Gabbana”.

Savchenko admitted that worked in the phone sex

“That’s it. Put more won’t today. Only the last: Hope Savchenko on courage” – she wrote.

By the way, strict office attire, which is put Savchenko at the party, did not stop her to demonstrate rather rhythmic movements.

MP danced at the party in honor of the 50th anniversary of the TV presenter Dmitry Gordon, at the hotel “Premier Palace”.

We will remind, earlier people’s Deputy Hope Savchenko said that, together with his assistant received injuries through a big hole in the middle of the highway N 14 between Kirovohrad and Mykolayiv.