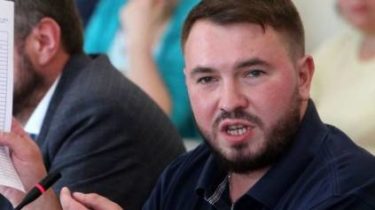 The police would investigate the beating of MP from the Radical party Andrei Lozovoy article for threat or violence against a statesman.

It is reported by the UE with reference to the National police of Ukraine.

The sanction of article prescribes punishment in the form of deprivation of liberty for a term up to five years.

The police said that willow had not received injuries in the incident.

We will remind, on October 22 in Lviv beat the people’s Deputy from the Radical party Andrei Lozovoy. According to the Deputy of the Lviv city Council, Igor Zinkevych, the conflict occurred near the recreation complex “Olympia” and the reason for this was the alleged dog breed French bulldog. The MP said that the protection he picked up the dog. Then to the Deputy and his guard approached the car with a sticker of the entertainment complex “Vezha Medveja” to pick up this dog.

Andrey Lozovoy said that the attack on him was ordered to the “forest mafia”.