Journalists learned of the politicians are not paying for communal 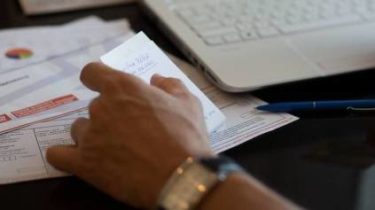 Journalists have found out, someone from the Ukrainian politicians and officials do not pay for utilities.

This is stated in the plot of the program “Groshi”.

So, the opposition leader Nestor Shufrych owed for communal once three apartments. The MP, who has declared 4 luxury cars and several collections of Antiques, can not pay 2.5 thousand debt.

Rector, singer and MP Michael Poplawski, according to the Declaration, lives in a modest house in a residential area of Kiev and can’t pay 6,5 thousand hryvnias of a debt for communal, although declared 3 billion UAH.

The debtor is the record holder of the Parliament, reporters found in the parliamentary Committee on housing and communal services. In particular, the apartment is about 190 squares, recorded the Deputy Chairman of the Committee Olena Babak, owes a debt as much as 22 thousand hryvnias.

The MP, in turn, denies such sums, and says that such debts it is not listed.

However, the notes that have already received receipts with the space amounts.

“I have in that period really was something there 17 thousand of the debt, because I exposed, and I did not recognize these debts,” – said the MP.

According to her, this situation has arisen due to the fact that “Kyivenergo” there was no information that she has individual heating and not Central.

Meanwhile, the Chairman of the utility Committee Sergey skuratovskiy can not pay off the ridiculous debt of one thousand hryvnia for the maintenance of adjacent areas.

At the same time, the capital’s mayor Vitali Klitschko for his elite square meters in the center of Kiev owed for communal budget and almost 5 thousand UAH.

Recall that the utility “warmed up” on inflated tariffs for the population of 12 million hryvnia. Some consumers of heat in Dnipropetrovsk can reduce the tariffs for heating. Four companies in the river, Pavlograd and Krivoy Rog within two years of inflated prices unnecessarily.

In General, consumers have sought extra 12 million UAH. This was claimed by the Prosecutor’s office, said the plot of TSN.Morning.

In the tariff, as it turned out, illegally included the so-called investment component of about 5%. Now this percentage rate should be reviewed, say prosecutors. And, to add, has appealed to the National Commission, carrying out state regulation in spheres of power and utilities. And in respect of public utilities initiated several criminal proceedings.