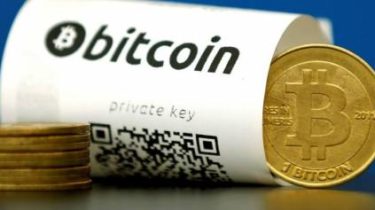 Deputies were among the first in the country became interested in the cryptocurrency, and some of them managed to earn electronic money millions of dollars. However, in Parliament there are also those who are innovations in the financial industry strongly distrusts, says the story TSN.19:30.

Yaroslav Markevich notes that can be almost all buy bitchy. “Starting with pizza and ending with the apartment in Kiev”, – he said. And admits that he wants to have in their own cryptocurrency. Alex music proud to became the first MP, who officially declare themselves in bidoni. “I have 465 Petkanov. It’s a little more than two millions of dollars,” he says. Game calls crypto currency Dmitry Belotserkovets, on whose account 398 Petkanov. “Until you’re done playing this game – you have zero,” – he said. But Andrey Vadatursky admits that this game play not started. “I’m a little out of date – all bars,” he says.

Tetiana Ostrikova also among the skeptics – popularity Petkanov she explains fashion. “Advanced. Ahead of the rest,” she explains the purchase of the deputies of the cryptocurrency. “I have a hypothesis that it is a way to legalize some income, because when they bought Bakony, was the only course, and today it can make for a million dollars,” she adds. Doesn’t believe in online money and Oleksiy Skrypnyk. “I buy the cryptocurrency are not yet collected. I don’t believe it, she’s very unstable,” he explained. Similarly, believes Alexey Goncharenko. “Bitchy? Let they will be fine without me,” he says. But Arthur Ward do not mind to exchange real money for virtual. “I want to write a statement that my salary was given in kryptolite. Now it is a fashion” – he explained.

In Europe, banks may legalize Bitcoin its own payment systems

As previously reported, Ukraine is gradually approaching the recognition of the cryptocurrency, and the Verkhovna Rada has already filed two bills that propose to legalize bitcoin and even create the exchange virtual money. However, about the prospects for the adoption of these instruments so far.