The names of all the victims in the explosion in Kiev 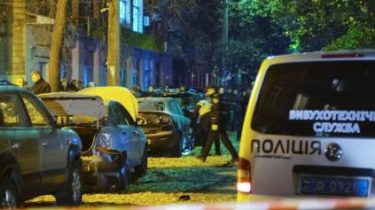 The blast during the assassination of people’s Deputy of Ukraine Gra Mosiychuk injured five people, one of the victims died.

About it reports “espresso.”

The explosion in the clinic “Boris” was hospitalized Verkhovna Rada Deputy from the Radical party Igor Mosiychuk.

The Department of polytrauma KMKL No. 17 delivered to the Director of the situations modeling Agency Vitaly.

The Department of polytrauma kcch no 17 delivered Michael M., born in 1981.

Injured in the explosion in Kiev, the analyst is in a very serious condition – Lyashko

In the ambulance on the way to a medical facility died, a senior police Sergeant Ruslan K., born in 1986, who was a guard Mosiychuk.

The investigation of the bombing of the TV channel “espresso” in Kiev passed to the security Service of Ukraine.