“We all would be burned alive”: in Kiev, in a hostel for immigrants, a fire broke out 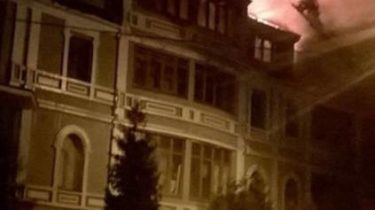 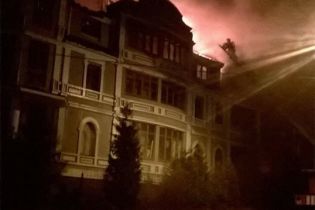 On the night of October 26 in Kiev on the street Obukhov, 60 there was a fire in a hostel for immigrants.

Mercury vapor. Kiev is concerned because of the fire near the chemical laboratory of the University

According to her, the building collapsed roof.

“For about an hour burning house at the Obukhov, 60. A shaft of fire, but the fire is not quenched. Say “no pressure”. The building’s roof collapsed. People get wet in the rain in the cold on the street”, – stated in the message.

The fire in the dormitory of settlers for about an hour burning house at the Obukhov, 60. A shaft of fire, but the fire they…

In addition, the activist quoted the words of the wife of a volunteer who was in the hostel at the time of the arson: “to some of our settlers at that time were sleeping,like all others, we all starchy and our young son, we all would have burned alive.”

We will remind, on Wednesday, October 25, 07:59 rescuers received a message about a fire in the district children’s sports school in town Zgurovka, Kiev region. Children at the time of the fire weren’t in school. Burned the roof and rooms on the second floor in the area of 100 sq. m. 08:41 the roof and ceiling were totally destroyed, and the walls of the second floor of the building partially.

Video surveillance Kharkiv children, victims of the fire are still in hospital