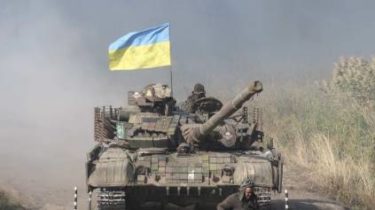 As of today, October 28, since the beginning of ATO combat the loss of the APU in the Donbass is 10 thousand 710 soldiers.

Of them – permanently – 2 thousand 333, sanitary – 8 377 thousand (wounded and injured in the fighting), says the press service of the General staff of the APU in Facebook.

Military Prosecutor’s office, we have created a fright

It is noted that for the 2016 year as a result of the fighting killed Ukrainian soldiers 212, and “medical losses amounted to 1277 members of the armed forces of Ukraine.

While non-combat losses was 65% less than combat.

Attention media!!! The CLARIFICATION! Widespread media reports about the losses of personnel of the Armed Forces In…

Published by the General staff ZSU / General Staff of the Armed Forces of Ukraine on October 28, 2017

“The current, 2017, there is a tendency to a significant reduction in half, non-combat losses in the armed forces of Ukraine”, – stated in the message.

The Ministry added that “widespread media reports about the losses of personnel of the Armed forces of Ukraine during the Antiterrorist operation in the Donetsk and Lugansk regions do not correspond to reality”.

Earlier it was reported that in 2014, non-combat losses of the Ukrainian military in the Donbas amounted to more than 10 thousand soldiers. The chief military Prosecutor of Ukraine Anatoly Matios said that two full brigades were killed in the result of the fact that you have not performed military statutes and the crimes committed against each other.

Press service of the General staff of the armed forces