Obolon man died after falling from the sixth floor 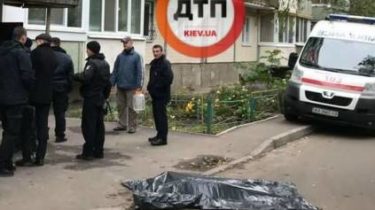 Sunday, October 29, at the Metropolitan Obolon from the sixth floor of a residential building fell the man, according to dtp.kiev.ua.

It is noted that as a result of falling on the asphalt, the victim received injuries incompatible with life.

According to locals, they knew the 55-year-old man, but what could be the cause of the fall is still unknown. Although, according to preliminary data, it was suicide.

Kiev. Obolon. From the 6th floor on the pavement jumped a man. Ended on the spot. “Sorry for the content, friends. Rokossovsky,…

We will remind, not so long ago in Kharkov, a 54-year-old man jumped from the balcony of 8th floor flats. According to witnesses, he repeatedly expressed intention to commit suicide.

Videogame house: luck passersby and police rescued the boy from a possible fall from the window