The movement of the blue line of the Kiev metro resumed 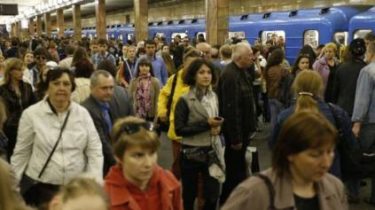 In Kiev, regained the movement on the blue (Kurenivsko-Chervonoarmiiska) subway lines. This was reported by press service of the Moscow subway.

The movement was temporarily stopped, the man fell on the subway tracks at the station “Kontraktova square”. His fate and status is not reported.

The movement of trains on the blue line restored.

We will remind, recently at the metro station “Khreschatyk” in Kiev broke an escalator through a thin women’s heels. The foreign object fell to the design, the specialists fix the problem for almost an hour.