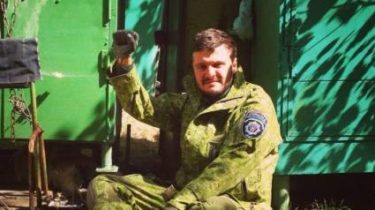 Ex-adviser of Minister of internal Affairs Ilya Kiva claims that the son of Arsen Avakov , Alexander was arrested after a search by detectives of the National anti-corruption Bureau.

He reported about it on air of TV channel “112 Ukraine”.

Kiva noted that liaises with family of the interior Minister.

“Now completed the search. I know I have his son Alexander to send to the court. He wants to deprive of freedom to manipulate the Minister and to have the possibility of pressure on his decision. Alexander was detained. As far as I know, the search gave no result, so were seized phones and tablets. You know it is 100% because they are in direct contact and communicate”, – he said.

In turn, the journalist Natalia Sedletskaya reported that in the capital, arrested the former Deputy Minister of internal Affairs Sergey Chebotar. He and Alexander Avakov prepares the receipt of the notice of suspicion in the case of “backpacks Avakov”.

Published by Natalie Sedletska on October 31, 2017

Son Avakov detained in Kiev, will be to choose a measure of restraint. Meanwhile, near the NABOO vans of the national guard, which explains nothing

Recall, the National anti-corruption Bureau conducts searches of the son of the Minister of internal Affairs Arsen Avakov, Alexander. About it reports “Ukrainian truth”, citing two unnamed sources. According to sources, the action takes place in the framework of the investigation into the backpacks, which the interior Ministry has purchased in late 2014 to early 2015.

Press Secretary of the Minister Natalia Stativko searches neither confirmed nor denied: “I can neither confirm nor deny this information, better let it make NABOO”.

Later searches of the son confirmed the Minister: “Yes, I came to the searches.”

Earlier in the Network spread the video, which looks like the son Avakov man agrees with, likely, the ex-Deputy interior Minister Sergei Chebotar on the supply of backpacks for units of this Department. It turned out that one of the companies that won the tender related to Facebook-friend of son Avakov. About this in his blog wrote investigative journalist Dmitry gnap.

The Minister, meanwhile, noted that neither he nor his son or other relatives had nothing to suppliersthat the competition delivered.