The Murder Of AquaWay. The only witness was told about a machine gun 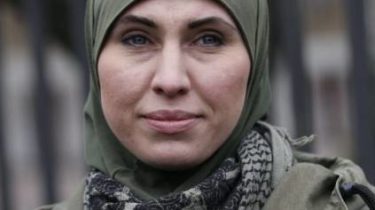 In hlevakha, where yesterday, October 30, unknown persons shot the car with Amina Okuloj and her husband, Adam Osmaev, was just one machine gun. As reported the correspondent of TSN, said one witness, a clerk who works at a local store.

The area where the attack occurred, is now cordoned off. There are carried out investigations. The police dog handlers are looking for any traces of the criminals. The road is partially blocked, so it’s hard for people to get to Kiev, where most of the population because it is the only way to hawthorn.

The husband of the deceased, Adam Osman, is now in the capital’s interior Ministry hospital with a foot injury.

Who are the Osman and Okueva and why they wanted to kill: all that is known about the shooting near Kiev

We will remind, the car of the Amines AquaWay was fired from the bushes at a railway crossing near the village of glevakha, Kyiv region. The result of his injuries Amina died. Adam Osman was injured. Police announced the plan interception and is looking for the killers.

Videolina Okueva and Adam Osmayev long feared for his life