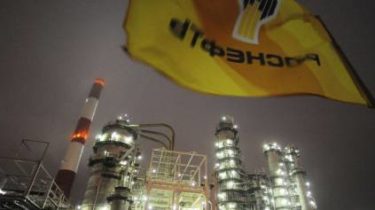 United States of America on the evening of 31 October extended sanctions against Russia. They concern in particular foreign projects of oil companies. They automatically fall under the ban worldwide if the Russian share in it exceeds 33%.

Now American citizens and companies are prohibited not only way to participate in the development of certain types of oil fields in Russia. They will not be able to help Russian companies, including “Rosneft”, “LUKOIL”, “Gazprom oil” NOVATEK, and their subsidiaries, in similar projects abroad, which will start after January 28, 2018. Thus, the current project limits will not be affected. About it writes “Kommersant”.

The new sanctions also apply to the Russian projects of export pipelines, however, clearly indicate this, and at the essence of these limitations among the published U.S. Treasury amendments and additions no. Write about this “RIA Novosti” with reference to the representative of the state Department.

The original version of these sanctions, which was adopted in September 2014, prohibits us companies and citizens to render any assistance (excluding financial) to projects on development of oil fields in the Russian Arctic and on the continental shelf (at depths greater than 150 m) and in the shale deposits.

Thus, Russian companies will not be able to get services or equipment from American companies or even American citizens (including as staff) to their new foreign oil projects in the Arctic shelf or in shale. In particular, as stated in the explanations of the U.S. Treasury, American companies not to provide services to the drilling, geophysical and geological research, transportation, management services and so on.

New sanctions may primarily concern the participation of Russian companies in projects on the shelf, particularly in Norway – some fields there fall under the category Arctic. So, Gazprom is now trying to close a deal to buy Austrian OMV 38.5% in OMV Norge, which unites the assets of the Norwegian OMV. Almost in all fields there is extracted including oil, and therefore projects may fall under the sanctions depending on how the U.S. Treasury will assess the start date will be count from the start of production, from forming a legal entity, from the date of entry into the Russian project company structure, or from the date of commencement of negotiations on such accession.

Plans for the development of new assets in Norway is in “Rosneft”. However, it is unknown in what proportion it claims. The company also planned to develop production offshore Venezuela, mostly for gas. Will there to extract oil, is still unknown.

Possible projects of Russian companies in Iran, including on the continental shelf of the Persian Gulf, the sanctions should not hit because the depth of the sea there is less than 150 meters.

US sanctions could also complicate the plans of LUKOIL to work in Norway and on the continental shelf of Mexico.

Since all of the largest oilfield services companies such as Schlumberger or Baker Hughes, have strong representation in the USA, the cooperation with them can be complicated. At the same time, new U.S. sanctions administered separately from the EU. Therefore, Russian companies still hope to cooperate with European companies. Although cooperation with the Russians, they can also fall under the sanctions.

The presence of sanctions could prevent Russian companies compete successfully in foreign tenders for the drawing of sections and to join consortia on their development differently than in the position of the minority shareholder.

Now in the American sanctions list in General consists of 278 Russian companies -almost all the major players in the energy, financial and defense sectors.

We will remind, the USA, the EU and Ukraine impose sanctions against Russia because of its military aggression in Donbas and annexation of Crimea.