Burn calories and speed up metabolism: scientists say the benefits of spicy food 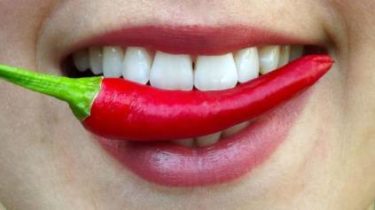 The world’s scientists gave the green light to spicy food.

Hot pepper and other hot spices contribute not only to reducing weight but also reduce the appetite for consumption of salt, says the story “Sedanca z 1+1“.

Citrus for sexual health and avocados for eyesight: scientists named the most useful for men products

In turn, it is useful for heart and blood vessels, scientists say. Spicy foods have long been regarded as useless and even harmful for stomach and other digestive organs, but experts claim that the red pepper and hot spices have many advantages.

For example, two years ago it was proven that spicy food cause fat to burn instead of storing calories. Also burning meals accelerate metabolism and reduce various inflammations.

As it turned out, those who do not refuse to sharp at least once a day, have stable blood pressure. This is due to the fact that the substances contained in the pepper, reduce the need for salt. And the excessive amount of salt in food, as we know, is bad for pressure. However, Chinese scholars insist that the Europeans, before you lean on sharp, it is advisable to consult a doctor.