In Kiev, about 800 homes were left without heat 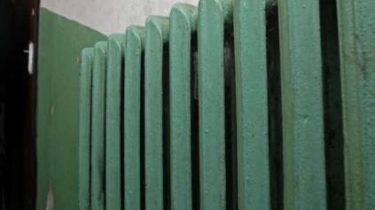 In Kiev, about 800 homes were left without heat because of an accident on heating systems.

This is stated in the message on the website of the mayor of Kiev Vitali Klitschko.

“We started the connection to the heating system two weeks ago, when the average temperature fell below 8 degrees Celsius. According to the latest information about 800 houses were disconnected from the heat supply due to the emergency situation that arose on heating systems,” said Klitschko.

According to him, now all the breakthroughs urgently removed, repaired damaged areas.

“And I am sure that we will connect these homes in the next day or two. I apologize to those who are now without heat, but we around the clock fixes the crash. We have too obsolete communication of heat, in the update where the funds did not invest tens of years,” said the mayor.

At KCSA has promised in three days to repair the heating system, but the administration remained without heating

According to the report, during the day “Kyivenergo” liquidated 96 of faults on the Metropolitan networks and identified 46 new.

Videocracy freeze in anticipation of the heating