In Ukraine in two months, plans to limit the age of workers 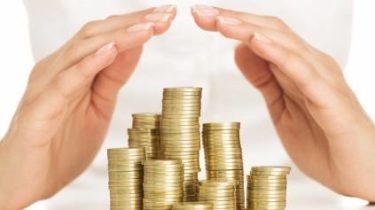 The state has imposed work quotas for people in middle age, which according to the world health organization falls within the age range from 44 to 60 years old. With the new year such employees shall be not less than 4% of the total number of workers in the enterprise, according to a story TSN.19:30.

Experts are already sceptical of this innovation. “It is, rather, articulating the problems that older people are harder to find a job, a significant impact is, perhaps, not be called on the labour market. The figures are quite loyal to employers: any company that employs 40-50 people, one older man will be”, – explained the specialist of the labour market, Sergei Marchenko. The penalty for non-compliance of quota is provided at the level of 6.4 per thousand, but a verification mechanism yet.

All this allows us to look with optimism to the future generation of “45+”. On the websites of job search employers already at the ad level sift of applicants by establishing age limits, although officially discrimination on such grounds in Ukraine should not be. “There is a stereotype that people can be productive in employment, when young, no family, when a lot of free time. Employers want people surrendered completely, and those who are 30-40, they have families. First, always family”, – the expert believes Marchenko.

70% of Ukrainians quit their jobs because of low wages

“It is an objective process. The employer is easier to take a few employees at a small salary,” agrees unemployed Tatiana, which is 55 years. A 56-year-old saleswoman, Lyudmila, which considers underwire wooden abacus instead of a calculator, also feels the danger in his workplace behind the counter at the store. “Experience is not necessary, more young people. That was beautiful, slender,” she says.

According to official statistics, in Ukraine around 300 thousand unemployed. In the centers of employment there are no employment problems of older people do not see. “Believe me, people with experience are more in demand. We, on the contrary, there is a problem with youth unemployment. I am convinced that an experienced employer will prefer a man with experience,” – said the head of service Valery Yaroshenko.