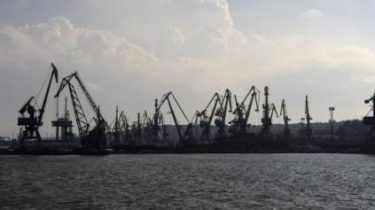 One of the world’s largest port operators, Arab company “DP World” interested in investing in the ports of Ukraine.

“In the framework of the working visit to the United Arab Emirates President Petro Poroshenko has held a meeting with the head of one of the world’s largest port operators “DP World” Sultan Ahmed bin Sulaiman”, – stated in the message.

The implementation of the agreements and the economy: what he was talking about Poroshenko and Lukashenko in UAE

It is noted that during the meeting Poroshenko briefed the chief Executive officer “DP World” with the course of reforms in Ukraine, aimed at ensuring favorable business climate. He also briefed on the implementation plans of privatization of state enterprises.

Sultan Ahmad bin Sulay confirmed the intention of his company to invest in the port sector of Ukraine and expressed hope for further successful implementation of the projects of DP World” in Ukraine.

The company operates 78 terminals in 43 countries.

We will remind, before the end of this year, in December, can enter into force visa-free regime between Ukraine and the United Arab Emirates. The corresponding document from the UAE was signed by the President of Ukraine Petro Poroshenko.