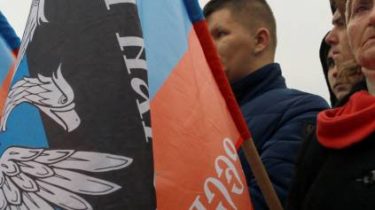 In occupied by Pro-Russian militants in the Donetsk drunk terrorist ran over two local residents.

This was during the briefing said the speaker of the Ministry of defense of Ukraine on ATO Andrei Lysenko, citing representatives of the Ukrainian General intelligence.

As it turned out, the driver of the car was an employee of the so-called “MIA DNR”, which in the state of alcoholic intoxication, has not coped with management and has made dorozhno-transport incident.

“Killed two civilians, and the culprit fled the scene of the crime”, – Lysenko explained and stressed that the joints and parts of the Russian occupation forces, a growing number of violations of military discipline, associated with the consumption of alcoholic beverages.

By the way, in the area of ATO among the mercenaries noted the deterioration in the morale of personnel because of systematic delays in the payment of subsistence allowances in the units of the link “company – battalion”. In particular, it is observed in the units 1 (Donetsk) and 2 (Lugansk) AK armed forces.