Near Donetsk in the sky soared an ammunition dump with militants 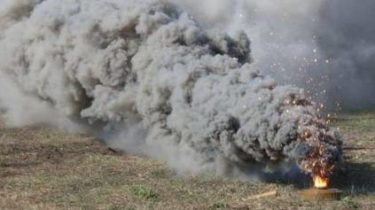 Sunday, November 5, around 18:00, in the occupied territory near the Donetsk airport and detonated the ammunition depot.

The parties report of dead and wounded militants. Losses from the Ukrainian side. This is stated in the plot of TSN.Ranok.

We will remind, the night before the militants struck in the area of Avdiivka and opytne from jet systems of volley fire. Night with artillery and mortars fired at sand. For day two Ukrainian soldiers were injured. One in the Luhansk region, where the positions of ATO forces fired mortars and another wounded in the seaside front. There we had Water.