The GPU is not found unpaid taxes from Homutynnik 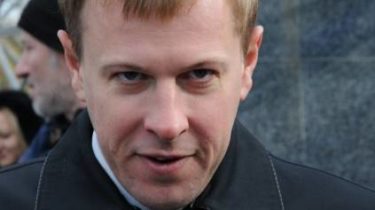 This was stated by the head of Department on investigation of especially important cases in the economic sphere of the Prosecutor General of Ukraine Volodymyr Gutsulyak, write “Ukrainian news”.

PanAmSat-2: hundreds of journalists from around the world wrote about offshore officials, including Poroshenko

“These criminal proceedings are closed. We carried out investigative actions, and the crime was not established. We have provided all necessary documents confirming the receipt of funds and repayment of obligations to the budget. Declaration Vitaly Homutynnik’s very big and bulky, it we versed and grounds to report a suspicion is not found”, – he explained.

According to Huculak, in the framework of criminal proceedings, the State fiscal service has conducted a comprehensive review of the declarations of the people’s Deputy from 1998 to 2016.

We will note, according to the Declaration for 2015 the Deputy Homutynnik was the beneficiary of 40 companies and has earned 166 million UAH per year.

We will remind, in September the Chairman of the parliamentary group “Party “Vidrodzhennya” Vitaly Homutynnik decided to leave the post of head of the group. According to him, this decision is connected with desire to avoid political pressure on the group.