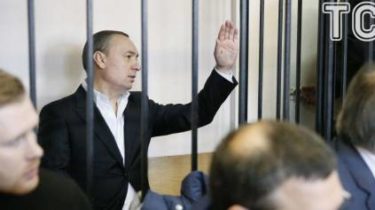 In the investigation of the case against the “Eastern mining and processing plant” was reported about suspicion, three people – the total number of suspects in this production has risen to 8 people.

This was reported in the National anti-corruption Bureau.

Ex-MP Martynenko reported about suspicion in misappropriation of assets “Energoatom”

It is noted that now among the suspects, two citizens of Austria – Director General and Director of the Austrian company proxy Steuermann, “which, according to the investigation, controlled by the former head of the Verkhovna Rada Committee on Fuel and energy complex, which also has the status of a suspect”.

– part 5 of article 191 (“Assignment, waste of property or taking to them by abuse of official position”) Criminal code of Ukraine.

The General Director of the Austrian OOO is also a suspect in committing a crime under part 3 St. 209 criminal code of Ukraine (the Legalization (laundering) of the incomes received by a criminal way”).

Reports of suspected officials Steuermann awarded in Austria in the framework of international legal assistance.

“The third suspect – a citizen of Ukraine is the head of several companies that consistently won tenders from GP “VostGOK” SE “NNEGC “Energoatom”, SE “United mining and chemical company” and is simultaneously the head of foreign enterprises involved in the scheme to launder funds. On suspicion of committing crimes under part 1 of article 255 and part 5 of article 191 UK of Ukraine, it reported in the Republic of Latvia”, – is spoken in the message.

We will remind, on April 20, 2017 as part of an investigation of the episode with damage SE “VostGOK” in the amount of 17.28 USD million, NABU detectives and prosecutors SAP reported about suspicion to the former MP, former head of the parliamentary Committee on energy Mykola Martynenko.

In April and may 2017 of suspicion in this case was also notified of the current leaders of the NJSC “Naftogaz of Ukraine”, JSC “United mining and chemical company”, SE “Eastern mining and processing plant” and State concern “Nuclear Fuel”.