In the capital this morning burned the school 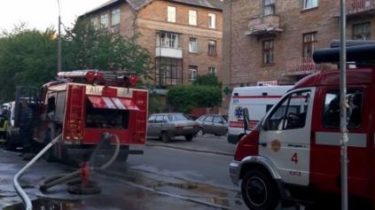 This morning, 28 November, in one of the capital’s schools , a fire occurred, said gschs.

Broke out in the school, on Mayakovsky St. in Desnianskyi district.

According to rescuers, the fire occurred in a utility room on the second floor. Thanks to the coordinated and prompt actions of firefighters, the fire was quickly extinguished.

During the incident no one was hurt. Except the room in which the furniture is damaged and blackened walls and ceiling.

The cause of the fire now is established.

We will remind, today, on Obukhovskoy track on fire outbuildings of one of the elite restaurant complexes. The building was made of wood, so it quickly caught fire, and the fire nearly spread to other buildings. Fortunately, has done without victims.

Video surveillance the outskirts of the capital, a fire occurred in the house of the colleague Yanukovych, in which two years living immigrants