Man-owl: a 14-year-old from Pakistan was struck by the ability to rotate the head 180 degrees 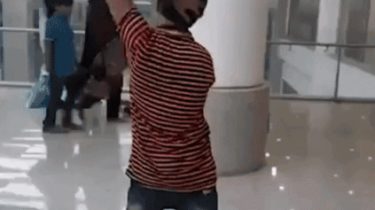 14-year-old Muhammad Samir from Pakistan city Karachi can turn his head 180 degrees and look behind him.

About the extraordinary abilities of the Pakistani “man-owl” wrote the tabloid The Daily Mail.

Muhammad said that when he was six or seven years, he saw in a Hollywood horror movie, as the actor turns his head 180 degrees to look.

“I was captivated. I started to do this, and within a few months I was able to do it again. My mother slapped me when she saw me doing it and told me to never do that again because I might damage the neck, but eventually she realized that it was a gift from God. My dream is like this actor work in Hollywood horror movies,” says guy.

Samir dropped out and joined a dance group Dangerous Boys (“boys”). After his father suffered two heart attacks and couldn’t work, he became the breadwinner of the family. He says his four sisters didn’t drop out, he earns money with their talents.

Battle of the stretch marks: stars show their flexibility

Samir develops their dance skills, gymnastic stunts and acting to realize their dream. “I hope to show my talent on the big screen ever,” says guy.

Recall that India is home to an unusual teenager with impressive abilitieswho is able to withstand the 11,000 volts passing through his body. Eerie talent of 16-year-old Deepak, Gangri manifested by chance when the guy repaired the heater of his mother. People-insulator able to withstand the same amount of electrical voltage required to power 500 houses. The guy can also sit with your hands in a bath with water and bare wires and a fun smile.