Parade of the planets in the sky over Ukraine and my grandfather-a beekeeper in an electric car the Tesla. Positive news of the week 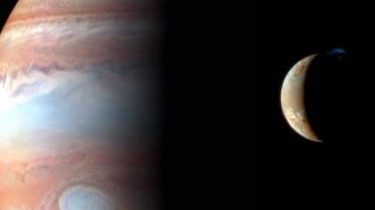 In the last 7 days Ukrainians learnt about the vacancy of dreams in Mexico, and wondered modern grandfather in an electric car.

A DREAM JOB IN MEXICO

Dream job offers the website Cancun.com that opened a vacancy Cancun Experience Officer (CEO) – “Director for adventures in Cancun.” Lucky offer to spend six months in the Mexican resort city of Cancun. However, as stated in the text of the vacancy, the applicant will be free to live in luxury hotels and receive a salary in 10 thousand dollars.

For that person who will become the CEO, will need to explore interesting places and tell about them in social networks and blog on the website Cancun.com including to take pictures and videos.

14-year-old Muhammad Samir from Pakistan city Karachi can turn his head 180 degrees and look behind him. About the extraordinary abilities of the Pakistani “man-owl” wrote the tabloid The Daily Mail. Muhammad said that when he was six or seven years, he saw in a Hollywood horror movie, as the actor turns his head 180 degrees to look around. “I was captured. I started to do this, and within a few months I was able to repeat it,” guy shared.

THE CONFUSION WITH THE NUMBERS OF THE DEPUTY MAYOR OF CHERKASY

Deputy mayor of Cherkasy Gennady Shevchenko amused those present at the morning meeting on 6 November.

The event happened during the speech of the Director of financial policy Department Natalia Dzhugan. She showed slides. On one of them it was stated that the Cherkasy occupy the tenth place. However, the figure was a Roman.

“Nice place,” he told his colleague and present began to laugh.

“And you don’t know what it is? Wand and “HY” nine,” explained Dzhugan.

“Wand and “HY” is nine. And without a stick “HY” is ten. If the stick is behind the “Heh” is eleven,” again explained Dzhugan.

PARADE OF THE PLANETS IN THE SKY OVER UKRAINE

Monday, November 13, will be an unusual parade of planets.

The Europeans will be able to observe the connection of Venus and Jupiter.

Jupiter will pass close to Venus at a distance of less than half a degree. From Earth, this phenomenon will appear as one bright star in the South-East above the horizon.

The us space Agency NASA has published a video of the launch of the carrier rocket “Antares” with the Ukrainian equipment.

The rocket was launched from the cosmodrome “wallops island” on Sunday, November 12. It will deliver a cargo module “Cygnus” to the International space station.

[email protected]”s #Antares rocket will be lifted by rockets into orbit off with #Cygnus resupply ship at 7:19am ET today on two-day trip to station. https://t.co/3FV5k2KE5z pic.twitter.com/V5qngcjlpT

MY GRANDFATHER WAS A BEEKEEPER ON THE ELECTRIC CAR TESLA

Youtube posted the video as grandpa pulls out jars of honey from the trunk of the electric car “Tesla”. This video has gained more than 140 thousand views and thousands of spreads and prepublicity. Beekeeper Nikolay Ulyanich instantly became famous. However, in professional circles it has long been a well-known personality.

He is a fan of Elon musk, who inspired the company to create a “Tesla”. The price of the car starts at fifty thousand dollars. Mr. Nicholas said that he bought it in America cheaper by selling the previous car, but still pays his debts. Now, when more than 140 thousand people watched the video, to Nicholas Vasilievich are not only for honey but also for the autograph.