During mortar attacks, the militants fired up to fifty minutes a Chronicle of the ATO 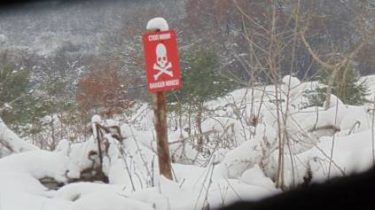 For Wednesday, November 29, in the area of ATO in the Donbas the militants carried out 18 attacks on positions of the Ukrainian army. During the eight mortar attacks they produced about fifty min.

“If necessary, military personnel of forces of anti-terrorist operation gave the enemy a harsh response from small arms and grenade launchers. As a result of enemy attacks none of our defender didn’t suffer”, – stated in the summary of the press center of staff ATO.

Ministry of defense of Ukraine: the situation in the Donbas is a threat to the Western world

On the Lugansk direction were hot just on the arc Svetlodarsk. There gunmen repeatedly, with short breaks, fired from 120-mm and 82-mm mortars, grenade launchers, anti-aircraft and infantry fighting vehicle of the defenders of the Luhansk and from small arms – near Novoluganskogo. A few min caliber 82 mm, the militants fired near Novotoshkivske, from grenade launchers fired at strong points near the Trinity and Novozvanovka, from small arms near Stanitsa Luganskaya.

In Donetsk direction under RPG fire hit the outskirts of the Town, and from lightweight infantry weapons, the militants provoked Ukrainian soldiers on the approaches to Krasnogorovka.

Meanwhile, the parties of the talks in Minsk have confirmed their readiness to exchange hostages before the new year and Christmas holidays.